The space dedicated to Japan gather several objects testifying to ancestral know-how of great refinement. The perfectly mastered materials but also the colors and patterns participate in the search for a harmony between use and aesthetics.

Pair of Japanese screens illustrated with books and scrolls 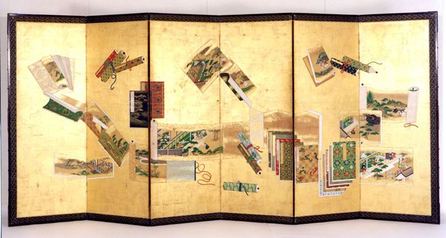 The Edo period had a highly flourishing culture, illustrated here by the decoration of this pair of screens which shows books and scrolls richly decorated and scattered throughout the space. Some are still closed while others are open and illustrate ancient texts like the Tale of the Heike, Japanese stories of the 12th century, the Tales of Ise or the Tale of Genji written by Murasaki Shikibu, a noblewoman during the 10th century.

The "Haniwa", literally "terracotta cylinders" were objects placed around the knolls of protohistoric tombs. The size and splendor of these sculptures are characteristic of the "Kofun period". Haniwa manufacturers were potters rather than sculptors. The horse, a precious animal of warrior societies of this period, recalls the high rank of the deceased. 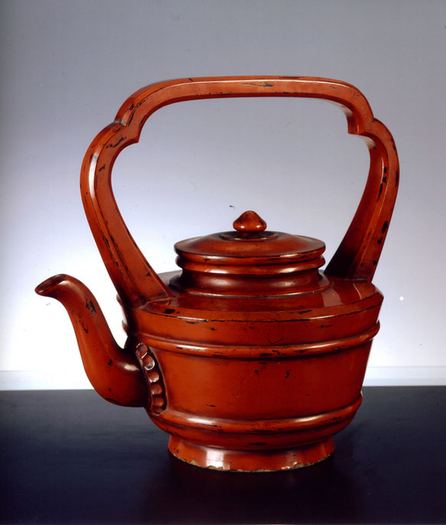 This masterpiece of the art of lacquer was used to contain the hot water for tea in Buddhist temples such as the Negoro-ji,in the province of Kil (current prefecture of Wakayama).

It is most certainly in the workshops of this famous temple that this jug with scalloped shapes inherited from China was executed. In this temple destroyed in 1585, the monks had brought to perfection the manufacture of such objects in turned wood that was later patiently covered with layers of cinnabar lacquer on a background of black lacquer.