The religious form of Buddhism quickly spread in North India and then throughout Asia. This diffusion, which spans eleven centuries, has been an important factor in uniting different civilizations.

This couple of deer originally flanked a wheel of the Law above the entrance gate of a Tibetan monastery. Encountered from the first centuries in India, then constantly repeated, these great Buddhist emblems evoke the first sermon of the Buddha after his illumination, in the deer park in Sarnath, near Benares, in India. 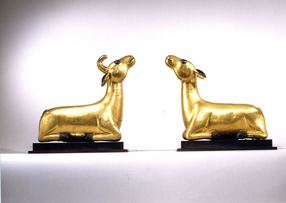 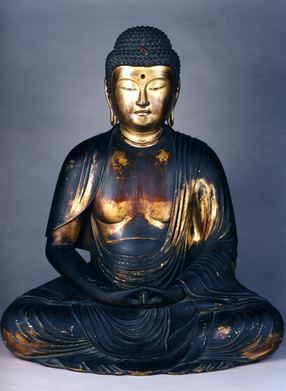 In Buddhist cosmography, this buddha is the keeper of the West. Called "the great compassionate", he is the privileged intercessor between men and gods. Its cult, imported from China from India, established itself in Japan in the 7th century.

He became very important in the 12th century, with the Jodo Shu school, known as "Pure Land". Amida is still one of the most revered deities in Japan today. Praying him is the guarantee of being reborn in his kingdom, called "Paradise of the Pure Land", provided you believe in him and recite his name before you die.

Dating from the 2nd century AD, this sculpture is one of the oldest human representation of the Buddha, previously depicted using symbols. It is representative of Gandhara art, developed from the 1st to the 3rd century AD in a region between Afghanistan and Pakistan. Situated at a cultural and commercial crossroad, Gandhara created original works, making the synthesis between Indian art and Greco-Roman art. 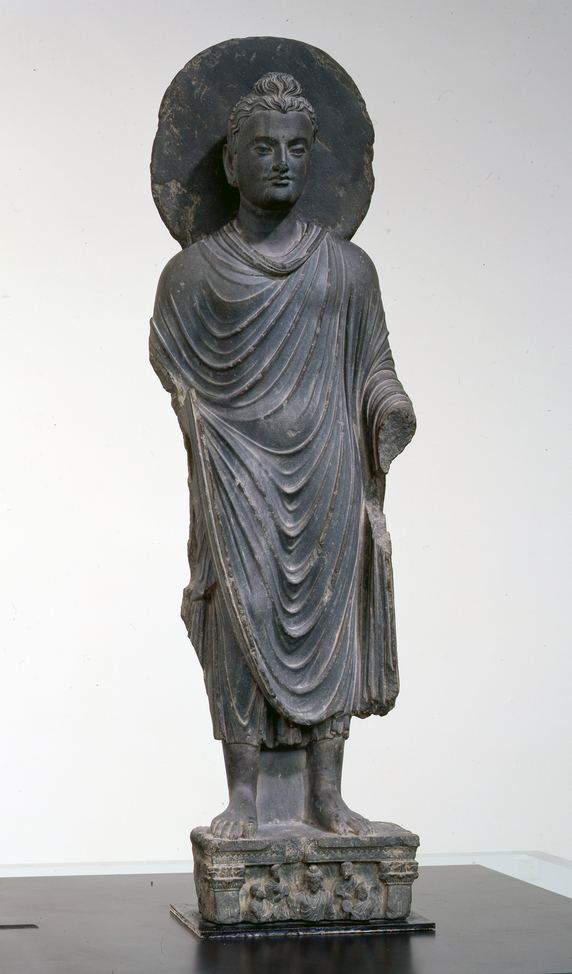